The rumors about the upcoming Xiaomi phones of 2020 have created a massive excitement among the tech enthusiasts. They are claiming about the release of amazing next-gen phones with outstanding features. The Mi 10 is rumored to feature a whopping 108-MP camera. On the other hand, the recent reports are pointing to the release of a new Xiaomi foldable phone, called the Mi Fold. You will find all the details, along with the other hottest upcoming Xiaomi phones of 2020, right here.

The Mi 10 will be Xiaomi’s flagship phone of 2020. Lin Bin, the CEO of the Chinese tech giant, has already confirmed its release in the next year. It will be one of the first smartphones to run through the new Snapdragon 865 processor. The chip has 5G modem by default. So, you will enjoy a super-fast internet. Coupled with 8 GB RAM and Adreno 650, it will be transformed into a gaming beast. All the upcoming games of 2020 will run flawlessly.

There will be a triple camera setup with a whopping 108-MP main sensor. So, you will be able to capture images with a stunning quality. The operating system of the Mi 10 will be MIUI 11. It’s a customized version of Android 10 Q. It will have several new features, like new icons and improved battery life. Among the other upcoming Xiaomi phones, the Mi 10 will be the most advanced one. It will be really interesting to see how it competes against the upcoming Galaxy S11 and iPhone 12. It will see its debut at MWC 2020, which is scheduled to be held in February 2020.

Xiaomi is expected to release a new foldable phone in 2020. It will be known as the Mi Fold. It will feature the newest Snapdragon 865 processor, along with 10/12 GB RAM. So, it will be a powerhouse. There is a chance of sporting a whopping 6000 mAh battery, as suggested by a render of Techconfigurations. The concept shows a 6.6-inch OLED display, which is transformed into an 8-inch screen when unfolded.

The camera setup will be really impressive. According to a foldable phone patent of Xiaomi, there will be the penta pop-up camera setup. With the foldable mechanism already applied, they will work as both rear shooter and selfie shooter. We are still unsure about the megapixel range. But there is a strong chance for seeing the main lens with a whopping range of 108-MP. But more importantly, it will cost half the price of the Samsung Galaxy Fold. For all these reasons, it has become the most exciting and buzzing upcoming Xiaomi phone. It will be revealed sometime between April and June.

The Mi A series smartphone has a massive popularity in the Asian market, especially in the Indian subcontinent. The Mi A4 will be the newest model. It will house the latest processor of the Snapdragon 700 series. The capacity of RAM will be higher than the predecessor. We expect it to be either 6GB or 12GB.  Similar to the previous version, there will be the triple camera setup. However, there is a chance for the megapixel range of primary sensor to go as high as 64-MP. The starting price will be under $200. Overall, it will have everything to be one of the hottest upcoming Xiaomi phones for the cost conscious consumers. The device will see its debut in either July or August 2020. 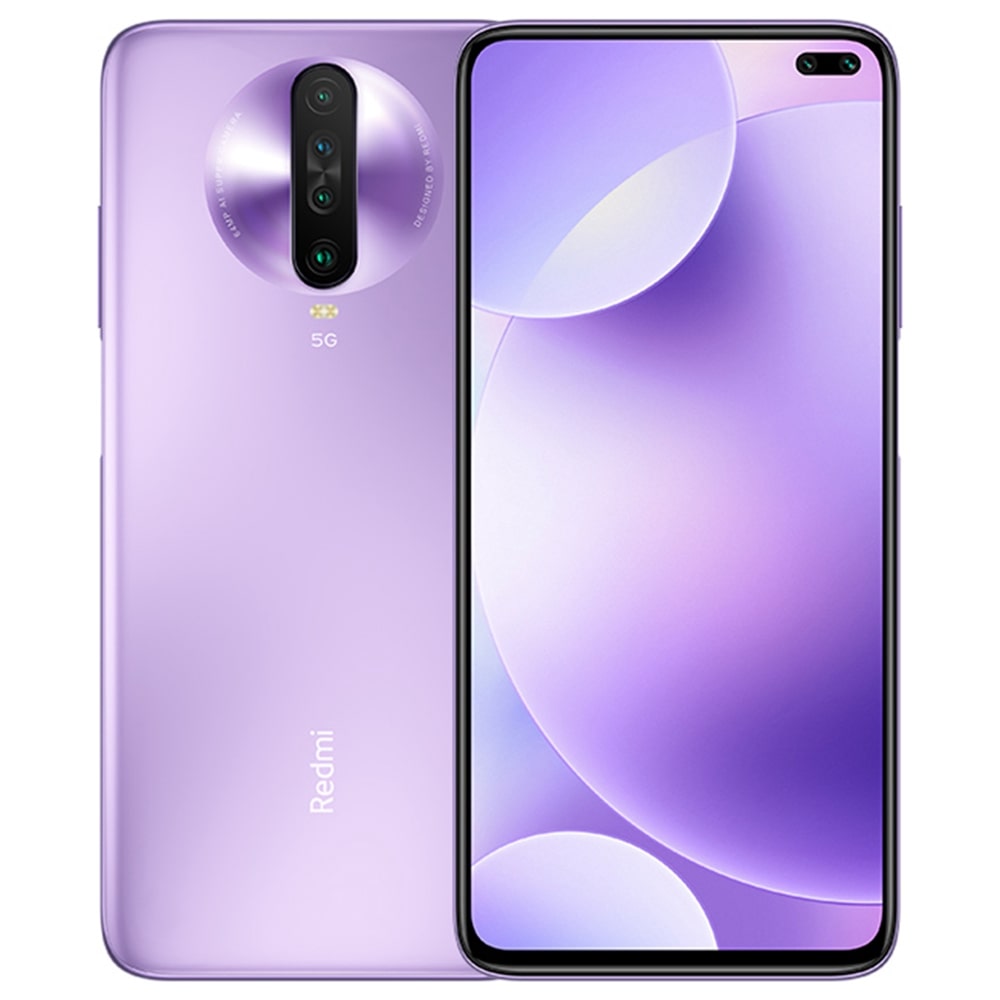 Xiaomi Redmi K30 5G will have a 6.67-inch IPS LCD display. It will have a quad camera setup comprised with 64-MP wide angle lens, 8-MP ultra-wide lens, 2-MP dedicated macro lens and 2-MP depth sensor. Under the hood, it will contain Snapdragon 765G processor, Adreno 620 GPU and 6/8 GB RAM. So, it will be able to deliver a solid mid-range performance. There will be a massive 4500 mAh battery. It will be able to make two days pretty comfortably. The Redmi K30 5G will cost you only $326.89. So, in terms of affordability, it is one of the best upcoming Xiaomi phones of 2020. If you want a large smartphone with a solid battery at a reasonable price, it can be a great choice for you. Xiaomi will introduce the Redmi K30 5G in January 2020. 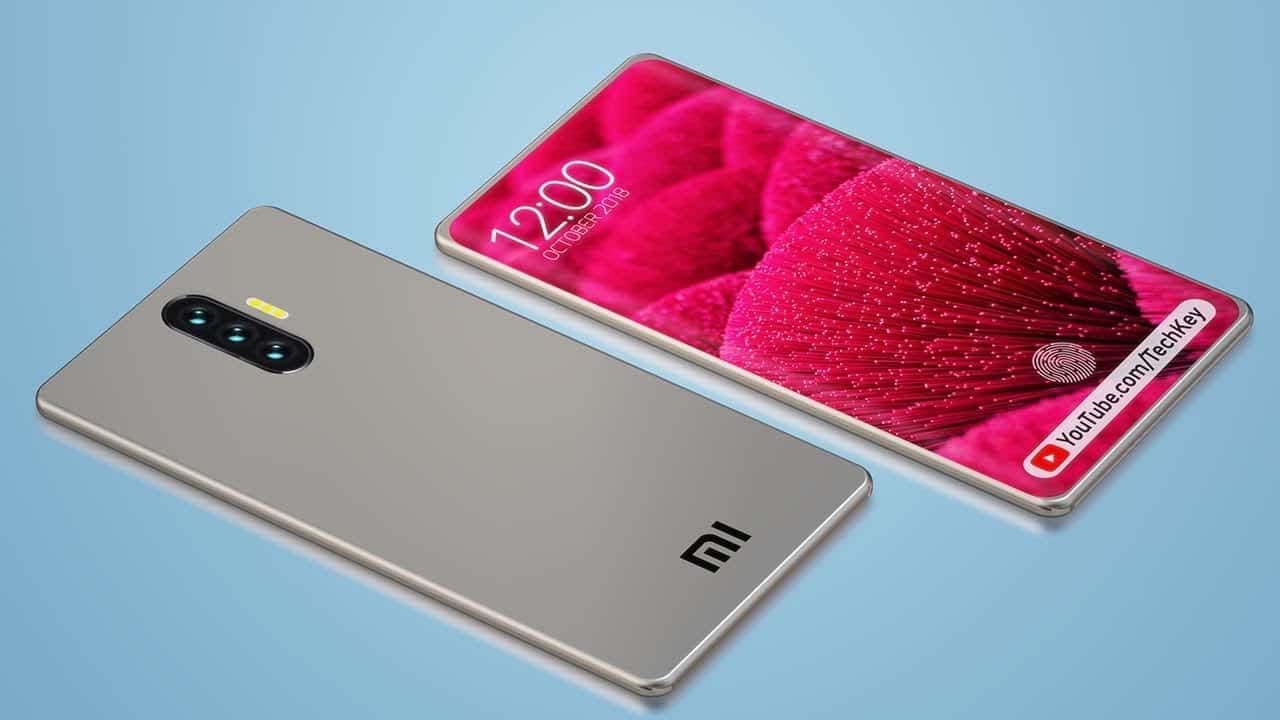 The Mi A3 Pro will sport a 6.4-inch Full HD+ AMOLED display. It will have a water-notch drop panel and an in-display fingerprint sensor. Similar to the Xiaomi Mi 10, it will have a 108-MP camera sensor. There will also be a 13-MP wide-angle lens and an 8-MP telephoto lens. So, it will be a triple camera setup. The device will run through Android 10. The mid-range Snapdragon 730G will power it. Also, the Mi A3 Pro will house a 4,000 mAh battery. It will support 20W+ fast charging technology, NFC and IR blaster, as tweeted by a leakster named Sudhanshu Ambhore. We are expecting to see its release in the first half of 2020. 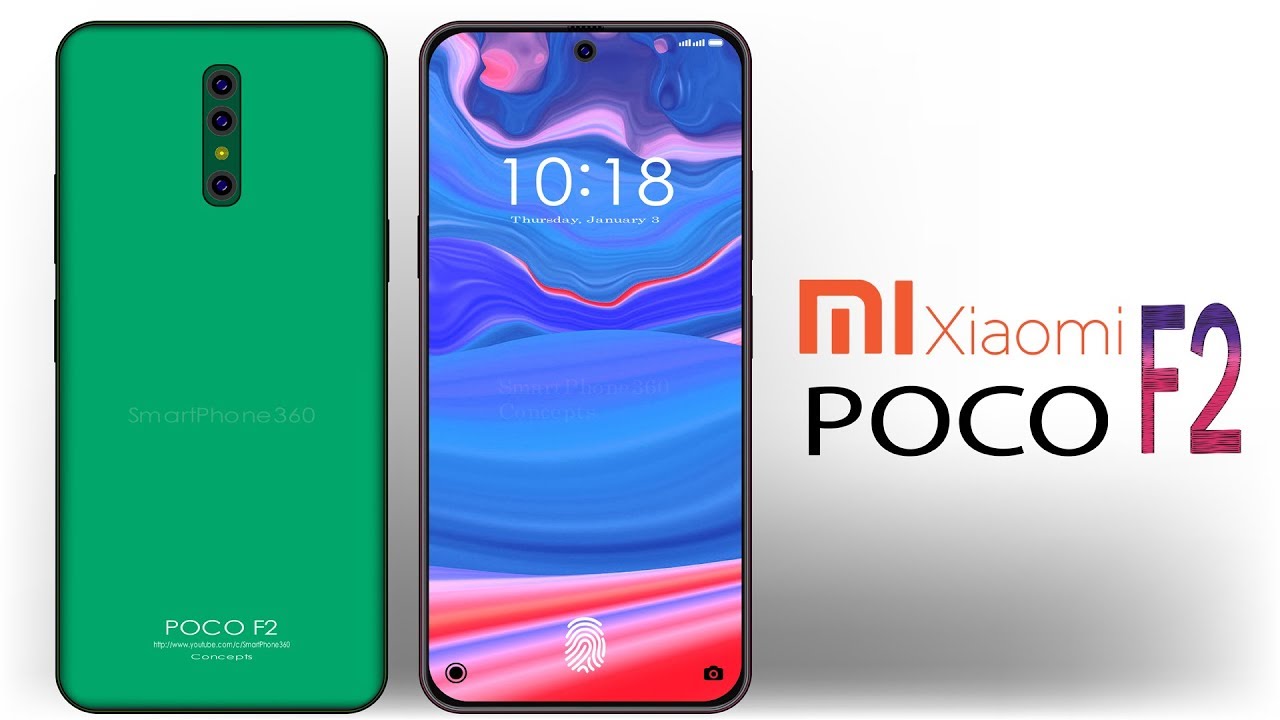 Recently, Alvin Tse, the Global Head of Poco, has tweeted about the revelation of a new Poco phone in 2020. He didn’t mention the exact model name. However, we strongly expect it to be called as the Poco F2. It will come with the Snapdragon 965 SoC processor and 4 GB RAM. Among the other upcoming Xiaomi phones, it will be the cheapest device to sport the specific chipset. A Geekbench listing has already revealed its potential performance. The device was found to score 1776 points in single-core test and 6097 points in multi-core test.

The display will be a bit larger (6.4-inch) than the predecessor. However, it will retain the FHD+ resolution. It is very likely to sport an in-display scanner. Also, there is a strong chance for the inclusion of the triple rear camera setup. We are unsure about the price tag. However, we expect it to be as affordable as its predecessor. The Poco F2 will hit the market in January 2020.

Xiaomi Mi Mix 4 will come with exciting specs. There will be a curved QHD+ display. It will have a variable refresh rate of 60 Hz, 90 Hz and 120 Hz. However, some of the reports are claiming about the inclusion of the waterfall display. It will run through the Snapdragon 865 processor. The capacity of RAM will be 6 GB, as spotted on Geekbench.

The device will be built with metal and glass. It will have very thin bezels. There will be no holes or notches. So, the display will cover the entire front. It will look absolutely stunning. The rear camera setup is expected to comprise with three lenses. However, there has been rumors about the quad camera setup. The device will also have an in-display fingerprint scanner and stereo speakers. However, it will not have the 3.5-mm headphone jack. Xiaomi Mi Mix 4 is expected to be launched within the first half of 2020. 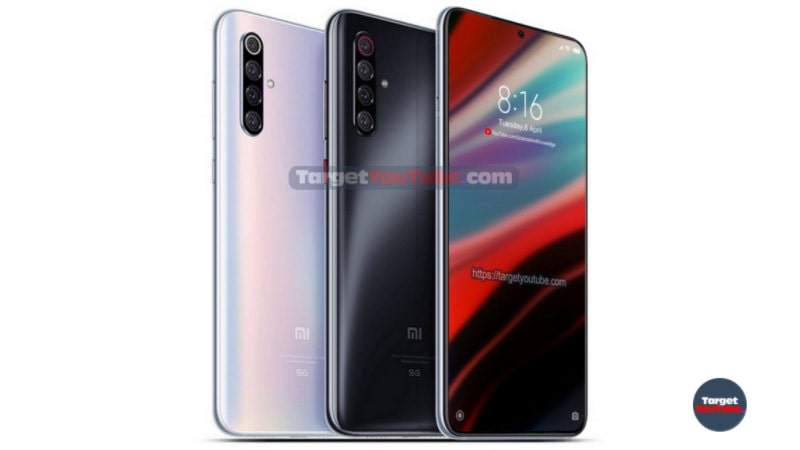 The company co-founder, Lin Bin, has confirmed the existence of the Xiaomi Mi 10 Pro while replying to a fan about the successor of the Mi 9 Pro on Weibo. But he doesn’t mention the specification. However, we strongly believe that it will house the newest Snapdragon 865 processor. It is very likely to sport a Super AMOLED display. We are still unsure about the number of lenses on the primary camera. But we strongly believe to see a 108-MP primary sensor. The device will be powered by the latest Android 10 with MIUI skin out of the box.  It will support the 5G technology. So, you will get a super-fast internet speed. The device will see its debut at MWC 2020. 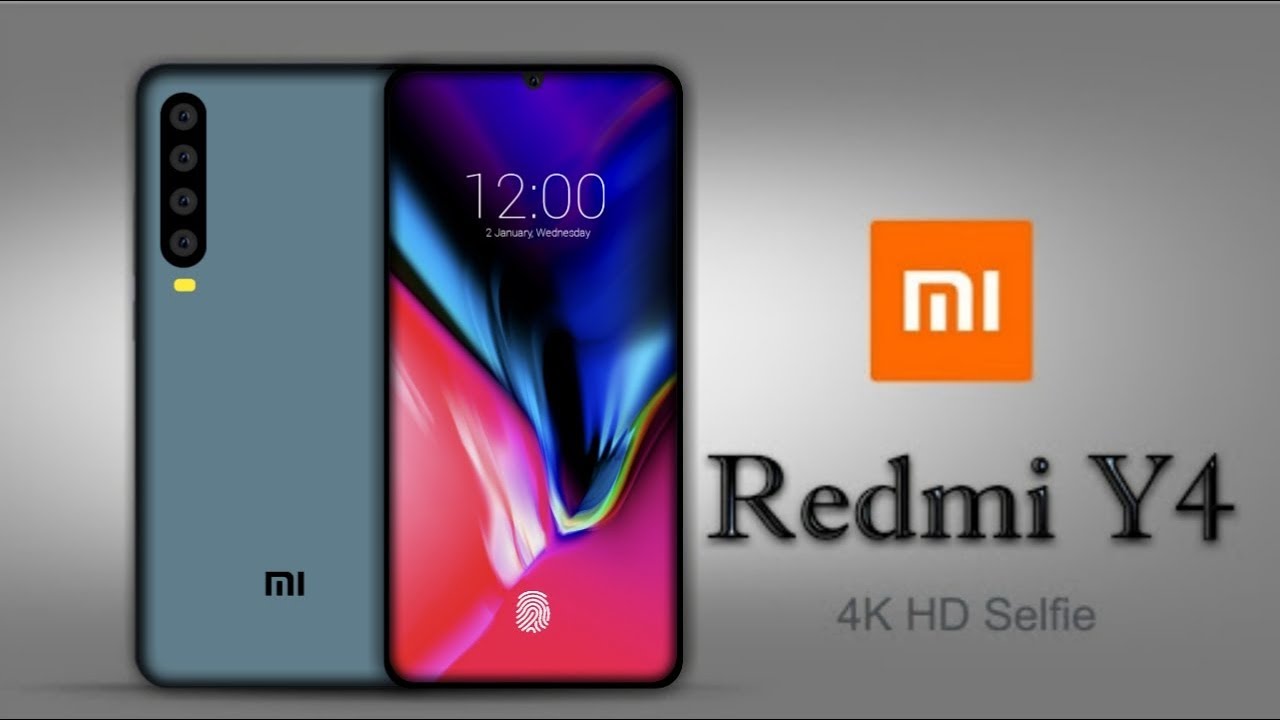 The Redmi Y4 will be the newest phone of the Y-series in 2020. It will have a 6.3-inch FHD+ display. There will be a dewdrop notch. It will be available in two variants. One of them will have 6GB RAM and 128 GB of internal storage. The other one will have 8GB RAM and 256GB of internal storage. You can extend the storage by using the microSD card. Both of them will feature the triple rear camera setup comprises with 24-MP, 16-MP and 8-MP lenses. On the front, there will be a 24-MP single selfie shooter. There will be several AI modes for enhancing shooting capability. It has everything to be one of the most exciting upcoming Xiaomi phones of 2020. It will enter into the market in January 2020. 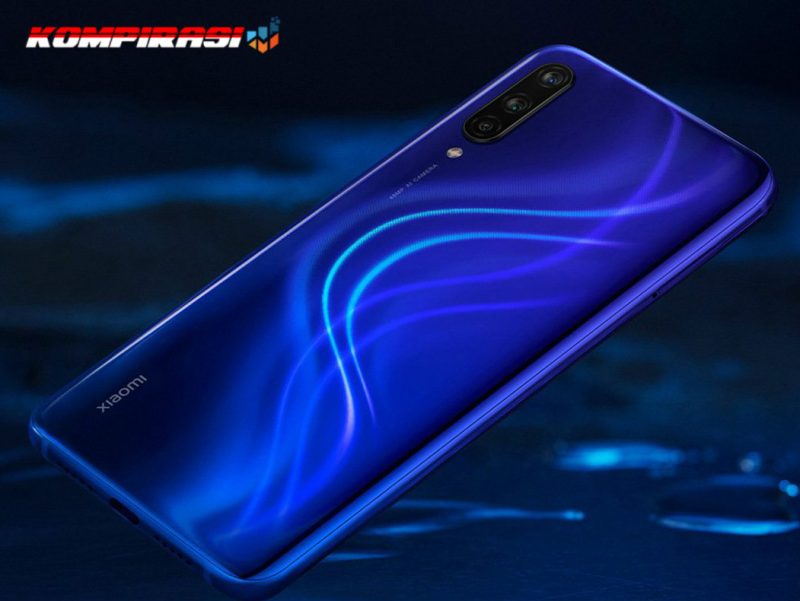 The Redmi series has been a major hit in the massive market of the Indian subcontinent. The Redmi 9 will be its newest addition of 2020. It will sport a 6.6-inch display. Similar to the screens of the other devices of the Redmi series, it will support the HD+ resolution. There will be a dot notch. Unlike the other devices on this list, it will not have any Snapdragon processor. Instead, a MediaTek G70 chipset will power the device. The Redmi 9 will have at least 4 GB RAM. There has been rumors about the triple camera setup (24-MP + 16-MP + 8-MP) on the rear. On the front, you will find a 24-MP selfie camera. We are unsure about the battery capacity. But we expect it to be 5000 mAh or higher. The device is very likely to be released in March 2020.

This is the end of the article. What do you think about these upcoming Xiaomi phones? Which one are you planning to buy? Share your thoughts by hitting the comment button.