The upcoming smartphones of 2020 have generated a massive buzz among the tech communities. They are expected to be equipped with groundbreaking technologies. Samsung will reveal the new Galaxy S20 Ultra with an outstanding specification, including an incredible 108-MP primary camera sensor and the massive 5000 mAh battery. On the other hand, Huawei will release the next-gen P40 Pro smartphone with penta camera setup. Other major manufactures, like Xiaomi, Google and Sony, will also bring their next-gen handsets with several new features. You will find all the details about 10 of the hottest upcoming smartphones of 2020 right here.

Samsung will refresh its S-series lineup with three different models on February 11 at the Unpacked Event in San Francisco. They will be known as Galaxy S20, Galaxy S20+ and Galaxy S20 Ultra. They will have curved screens with different sizes, including 6.4-inch, 6.7-inch and 6.9-inch respectively.

Samsung hasn’t shared their specs yet. However, all of the three upcoming smartphones will be powered by the Snapdragon 865 processor. Also, they will have in-display fingerprint scanner, 12GB RAM and 128 GB internal storage. Both the Galaxy S20+ and Galaxy S20 Ultra will feature quad-camera setup, including an 108-MP primary sensor. However, being a relatively cheaper device, the standard Galaxy S20 model will have a triple camera setup.

One of the hottest technologies of 2020 for mobile devices is 5G. All the variants of the S20-lineup will feature the next-gen wireless system. It will allow them to utilize various groundbreaking technologies, including mobile virtual reality.

Have a look at the 10 Best 5G phones in the market.

Read: Upcoming Samsung Phones of 2020 that are Buzzing the Tech Communities Right Now

2. Apple iPhone 12 – The Hottest Upcoming Smartphone for the iDevice Enthusiasts

iPhone 12 will be Apple’s next-gen flagship phone. It will be released in three different variants – the standard iPhone 12, the iPhone 12 Pro and the iPhone 12 Pro Max. It will have several key design changes. According to the latest reports, the Cupertino company will ditch the notch while equipping the front camera under the display. Also, there has been rumors about the development of a new technology for Face ID, which will lead to a significantly slimmer notch.

There will be several big changes in the display. The most significant one will be the support for 120 Hz refresh rate. Also, the screen sizes will be changed for both iPhone 12 Pro Max (6.7-inch) and the iPhone 12 Pro (5.45-inch), as claimed by the KGI Securities analyst Ming Chi Kuo. The standard iPhone 12 model will retain the 6.1-inch display. However, the screen panel will be upgraded from LCD to OLED.

Under the hood, all the three upcoming smartphones will have the new A14 Bionic processor. It will transform them into the fastest smartphones of 2020. We strongly expect to see their debut in September.

The Galaxy Z Flip will be Samsung’s next-gen foldable smartphone. It will come with a 6.7-inch Dynamic OLED display, as claimed by the leakster Ishan Agarwal. Unlike the Galaxy S20, there will be no 108-MP primary sensor. Instead, it will sport a 12-MP main camera, along with a 10-MP selfie shooter.

We expect the Galaxy Z Flip to have 256 GB internal storage. However, we are not sure whether it will be expandable or not. There hasn’t been any news about the RAM capacity. The device will run through the latest Android 10 operating system, with One UI 2.1 on top of it. The battery capacity will be either 3300 mAh or 3500 mAh.

The starting price is still unknown. However, it will cost a significantly lower money than the predecessor. The device is rumored to be revealed on February 14.

The Mi10 will be the Xiaomi’s biggest release of this year. It will be revealed in two variants – the standard Mi10 and Mi10 Pro. The two upcoming smartphones will be among the first batch of devices to feature Qualcomm’s new Snapdragon 865 processor.

The Mi10 has already gone through AnTuTu’s benchmark test. It is the first device to score over 500,000 points. The score is 15% better than the top Android smartphones on the current market. It clearly indicates that the Mi10 will become one of the fastest phones of this year. The device will also have a 6.5-inch screen with 90Hz refresh rate, the 108-MP primary sensor like the highly popular Mi10 Note and the massive 12 GB RAM. Overall, Xiaomi Mi10 is the hottest device among all the future phones of 2020 developed by the Chinese manufacturers.

We are still not sure about the camera setup of Huawei P40. However, we have managed to obtain some information about the shooters of the P40 Pro. The larger counterpart will feature penta-camera setup comprising with 64-MP Sony IMX686 primary camera, 20-MP ultra-wide camera, 12-MP telephoto camera, a macro camera and Time-of-flight sensor.

Both of the devices will see their debut in Paris this March, as confirmed by the Huawei CEO Richard Yu.

Similar to Samsung, Huawei will bring a new foldable phone with a cheaper price tag than the predecessor. It will be known as the Mate Xs. It will come with a redesigned hinge, which will be able to handle more wear and tear. So, the device will be sturdier than the previous model. We haven’t heard any future phones of 2020 supporting foldable technology, other than Huawei Mate Xs, to sport the sturdy hinge.

More importantly, with the improved hinge, the Huawei Mate Xs will have no fragile screen issue as the very first Samsung Galaxy Fold smartphone. The Chinese company has a clear view about the frustration of the consumers. So, it will leverage the redesigned hinge to reassure everyone about the durability.

Huawei Mate Xs will be one of the few upcoming smartphones to house the Kirin 990 5G processor. It will see its debut in March 2020. 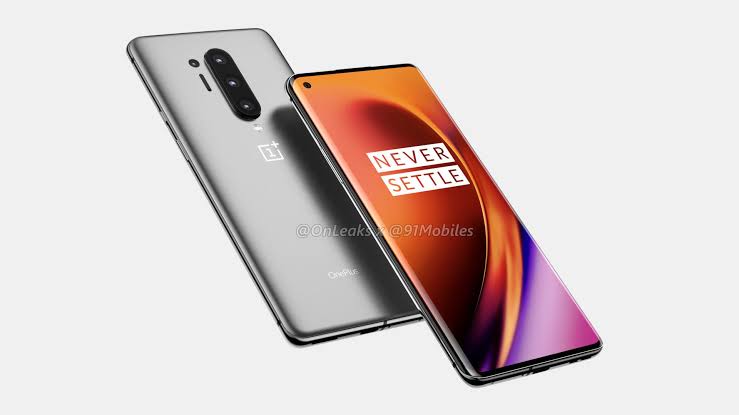 OnePlus will bring its flagship phone in three different models, including the standard OnePlus 8, the high-end 8 Pro and the relatively cheaper 8 Lite. The first two models will have 6.5-inch display. The Lite model will have a slightly smaller 6.4-inch screen. All of them will support 120 Hz refresh rate.

All the three upcoming smartphones will contain the new Snapdragon 865 processor. They will run through the latest Android 10 operating system. Both of the OnePlus 8 and OnePlus 8 Pro will have a triple camera setup. However, the OnePlus 8 Lite will have dual lenses on the rear shooter, as seen on the photos leaked by @OnLeaks.

We expect OnePlus 8 Pro to cost around $700, with OnePlus 8 and 8 Lite to be more affordable. The three devices are very likely to see their debut on May 2020.

The LG G9 ThinQ will look quite similar to the G8X. The size of the screen will be around 6.7-inch to 6.9-inch. The display will house an in-screen fingerprint scanner and a camera notch. Unlike the other upcoming flagship phones of 2020, the LG G8 will retain the 3.5mm headphone jack.

The LG G9 ThinQ will feature four lenses on the rear camera, as shown in the leaked images of @OnLeaks. It’s a significant upgrade from the triple camera setup of the last year’s LG G8 ThinQ. Also, there will be a smaller notch for housing a single selfie shooter.

Like the other upcoming smartphones of this list, the LG G9 ThinQ will sport the top-end Snapdragon 865 chipset. So, there will be no compromise with the performance. The device is very likely to cost under $850. It will see its debut on February 2020.

9. Sony Xperia 5 Plus – A Notch-less Phone with Quad Camera Setup

The Xperia 5 Plus will be Sony’s next big thing. It will have a 6.6-inch flat OLED display, as seen on the leaked image shared by @OnLeaks. For better photography, it will come with four lenses on the rear, including ToF sensor. Also, there will be an 8-MP front facing camera.

Unlike most of the upcoming smartphones of 2020, the Xperia 5 Plus will come with the 3.5-mm headphone jack. So, you will face no issue with connecting the traditional headphone to the device. The device will be powered by the Snapdragon 865 processor. So, everything will run at an outstanding pace.

The Xperia 5 Plus will have no notch on the front. There will be a pair of front-facing stereo speakers, which will be housed by virtually undetectable side bezels. You are very likely to witness its revelation in February 2020.

The Google Pixel 4a will look quite similar to the predecessor. However, there will be some changes. According to a render revealed by @OnLeaks, the device will have a punch hole selfie camera cut out of the screen. It will not have large bezels as the previous Pixel phones.

Also, two features that were missing in last year’s Pixel 4 will return to the Pixel 4a. They are the rear fingerprint sensor and the 3.5-mm jack. The device will retain the USB-C port and bottom-facing speakers. We are still unsure about the camera setup. However, the device is very likely to sport a rectangular camera housing on the top left corner.

There hasn’t been any news about the exact price tag. However, there is a chance for the Pixel 4a to cost less than the predecessor at launch. Google is expected to reveal it in May 2020.

Also, do check out the top 10 best smartphones of 2020 which have the most powerful hardware and extremely stunning shooting capability.

This is the end of our list of the hottest upcoming smartphones of 2020. Which phone are you planning to buy in this year? Share your thoughts by hitting the comment button.