The rumors about the upcoming Samsung phones are buzzing the tech community. All of them are claiming about the release of the next-gen phones with outstanding features. The Korean tech giant is expected to refresh all of its smartphone lineup in 2020. Apart from releasing Galaxy S11 and Galaxy Note 11, the company is rumored to bring a refreshed version of its foldable handset. It will be known as Galaxy Fold 2. Moreover, you will see the debut of refreshed Galaxy A-series smartphones. You will find all the details of the upcoming Samsung phones right here.

The Samsung Galaxy Fold 2 will be the Korean tech giant’s second foldable handset. It will have a number of amazing features. Samsung has filed a new patent for a Hideaway Hinge. When the technology discussed in the patent will be applied in Galaxy Fold 2, the hinge will be almost unnoticeable. Also, the device will have a bendable cover glass. It will be ultra-thin and ultra-durable. It will solve the issue of the panel of the first foldable phone, which could be easily damaged. Overall, the Galaxy Fold 2 will come with the solutions of all the issues of its predecessor. It will be the biggest selling point. There hasn’t been much talk about the specs. However, we expect it to house the new Snapdragon 865 processor. The Galaxy Fold 2 is rumored to see its debut in April 2020.

The Galaxy S11 will take the smartphone market by a storm. It will have several groundbreaking features. The camera will receive a major upgrade. According to Bloomberg, Galaxy S11 will feature a 108-MP sensor for the main shooter. Also, there will be separate ultrawide and 5X telephoto lens. As a result, the capability of the camera will reach a whole new level. The device will have several design changes. There will be a rectangular rear camera module, along with a single, centered punch-hole selfie camera. It will have no Bixby button and headphone jack. Also, it will have a curved display. The device will be powered by the new Snapdragon 865 processor. So, it will be super-fast. Highly advanced camera setup, high speed processor and great design make Galaxy S11 one of the best upcoming Samsung phones of 2020. Samsung will reveal the device in either February or March 2020.

The Galaxy S11+ will look quite similar to the S11. However, being the “+” variant, it will be larger than the counterpart. But there will be some differences. Unlike Galaxy S11, the lenses will be scattered around, rather than being arranged in symmetrical. We are still unsure about the reason behind it. May be, Samsung is trying to do something different with the capability of the shooters. The device will have a curved display. However, the screen will be less curved in comparison with the predecessor. The new Snapdragon 865 processor will power the Galaxy S11+. The battery will be massive. Its capacity is rumored to be 5000 mAh. If it really happens, it will be the biggest battery Samsung has ever included in any flagship phone. So, among the other upcoming Samsung phones, Galaxy S11+ has a higher chance of lasting longer than the rivals. It will see its debut at the same time with Galaxy S11.

Galaxy S11e will be the cheapest model of the S11 lineup.  It will look similar to Galaxy S11 and Galaxy S11+. It will feature a number of design changes. Unlike the predecessor, the Galaxy S11e will feature a curved display. The physical, side mounted fingerprint sensor will no longer be available. Instead, a new in-display sensor will take its place. According to @OnLeaks, the device will sport a punch hole selfie camera on the center. Also, there is a chance for having the optical fingerprint scanner, rather than the ultrasonic ones. Like the two counterparts, the Galaxy S10e will contain the Snapdragon 865 processor. The capacity of RAM is still unknown. However, we expect it to have at least 6GB RAM. Samsung will unveil Galaxy S10e in either February or March 2020.

The Galaxy Note 11 will be the flagship phablet of Samsung in 2020. It will have a number of big changes. The most significant one will be the inclusion of the in-screen selfie camera. That means, Samsung will remove the bezel and build the front shooter into the screen. We have never seen any technology like this before. Instead of the triple camera lens, the Galaxy Note 11 will feature quad-camera setup. So, you will be able to take better photos than ever before. The display will see a major change. Samsung has recently patented a technology, called 3D wraparound display. It discusses about a flat screen curved on all four sides. If it is included in the Galaxy Note 11, the display will cover almost the entire front. So, it will look more beautiful than ever before. Under the hood, the Galaxy Note 11 will contain the Snapdragon 865 processor and at least 8 GB of RAM. The capacity of RAM can go even higher. As a result, it will become one of the most powerful phablets of all time. It will also emerge as one of the best smartphones of 2020. Galaxy Note 11 will see its revelation in August 2020. 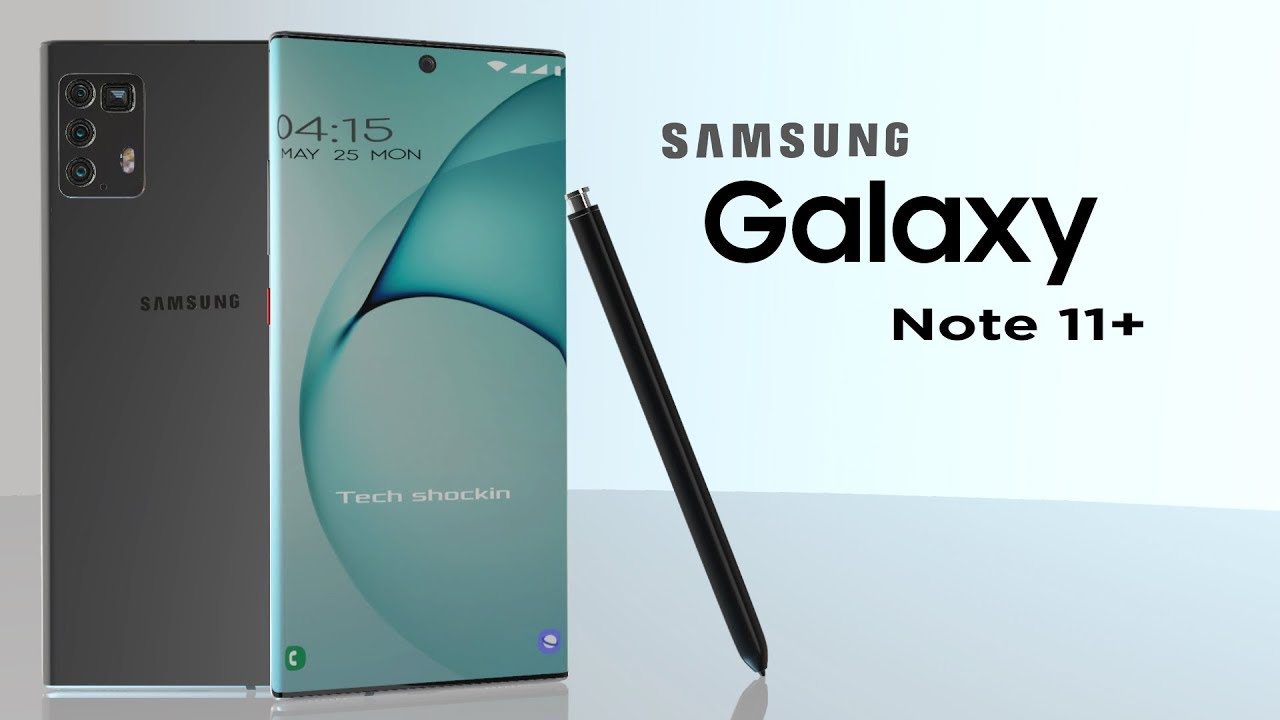 The Galaxy A71 will look pretty similar to the current generation Note 10. Recently, leakster Evan Blass has revealed a rendering of the device. It shows the adoption of the Infinity-O AMOLED screen, just like the Galaxy Note 10. Also, the device depicted in the rendering comes with super thin sides and upper bezels. Earlier, Blass shared another rendering, which had revealed some major features. The most significant one was the quad camera setup. Also, it showed a single punch hole front camera, a 3.5 mm audio jack and USB-C. The device will sport Snapdragon 675 SoC, Adreno 612 GPU and 8 GB RAM. So, it will deliver a solid, mid-range performance. The 4,500 mAh battery will ensure that it lasts more than a day pretty comfortably. Overall, among the other upcoming Samsung phones, it will be the hottest mid-range device. The Korean tech giant will release the Galaxy A71 in January 2019. 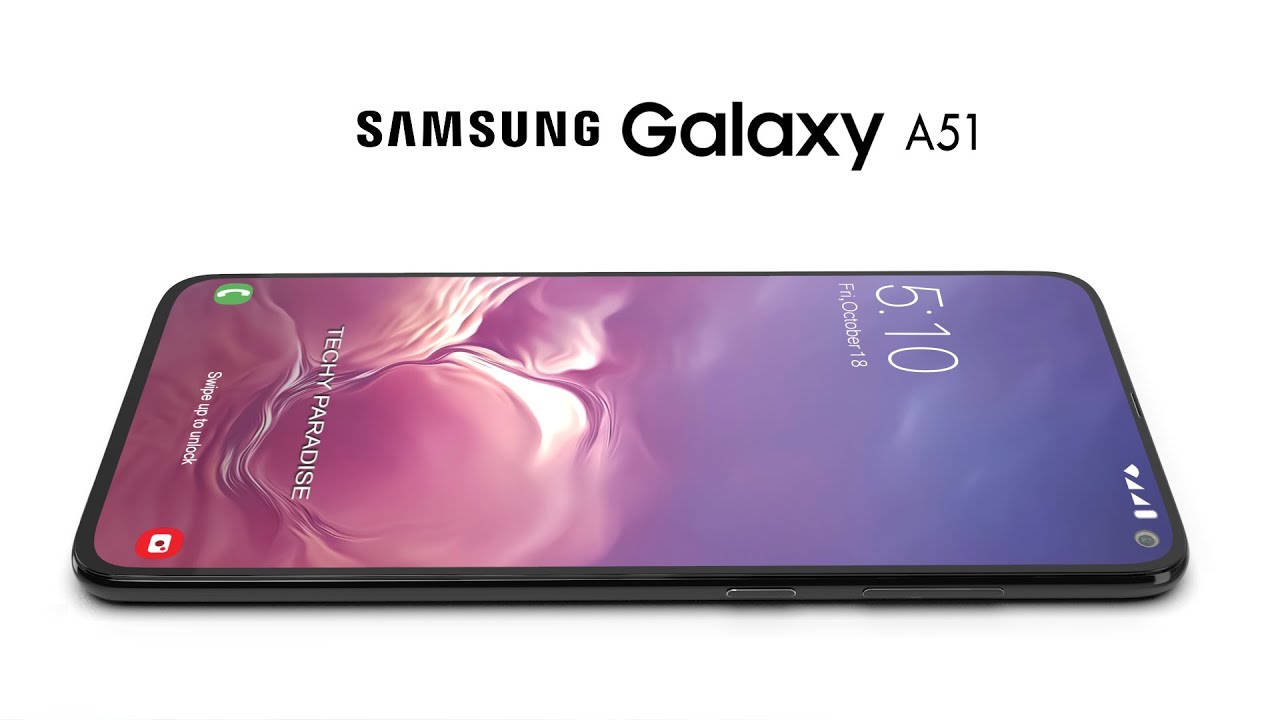 Galaxy A51 might not be the phone that you will talk the most about. However, it will have several game changing features. According to the renders leaked by blogger Steve Hemmerstoffer, the device will have quad camera setup. It will consist of telephoto, standard, ultra-wide and depth lenses. Also, there will be a 32-MP selfie camera. Similar to the Galaxy Note 11+, it will have in-display fingerprint sensor. The size of the screen will be 6.5-inch. It will have a solid mid-range hardware, including Exynos 9611 SoC and 6GB RAM. It will sport the hefty 4,000 mAh battery, along 15W fast charging support. So, you can top up the battery quickly. Galaxy A51 is expected to be launched in December 2019. However, it is very unlikely to enter most of the countries before January 2019. 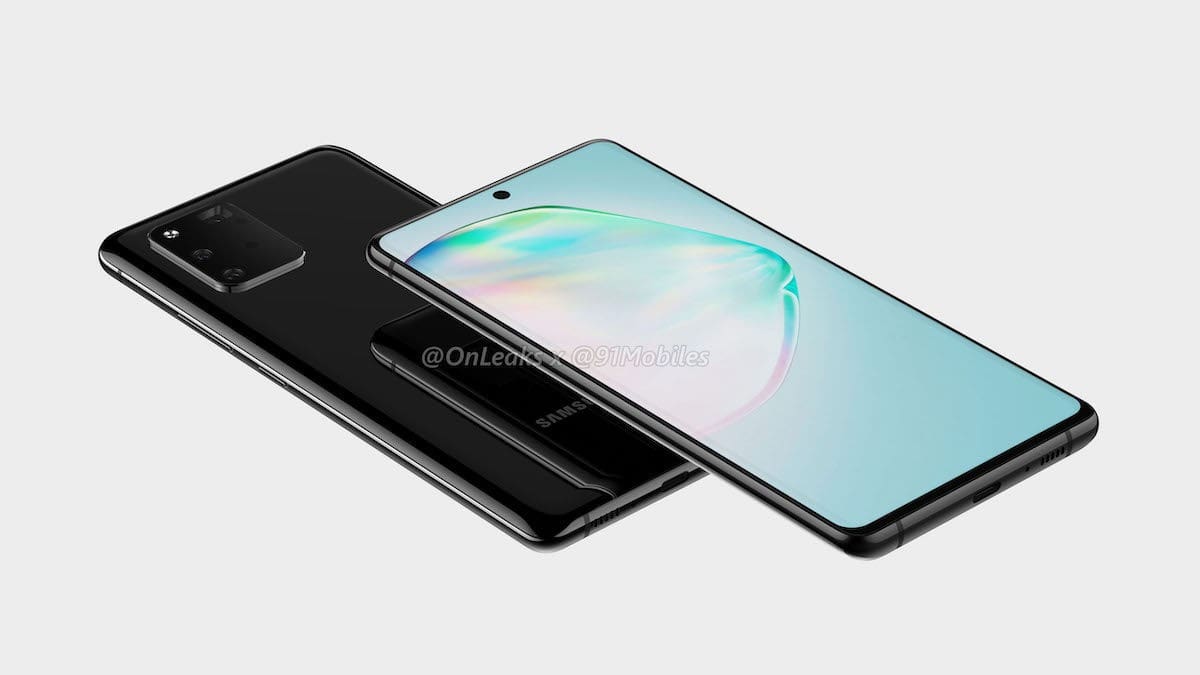 The Galaxy A91 will feature the punch-hole design. The selfie camera will sit in the center, just like the Galaxy Note 10. The device will have a large 6.7-inch display. So, it will be ideal for watching movies and YouTube videos during the leisure. The camera setup will be pretty solid. It will have three lenses on the rear, including 48-MP main sensor, a 12-MP ultra-wide sensor and a 5-MP depth sensor. To power such a massive device, a 4500 mAh will be applied. So, it will have no problem making a full day with a heavy usage. The Galaxy A91 will also have the Snapdragon 855 processor, not the upcoming 865 chipset. Nonetheless, it will be powerful enough to handle all the newest games of 2020. The Galaxy A91 is very likely to see its debut on January 30, 2020. 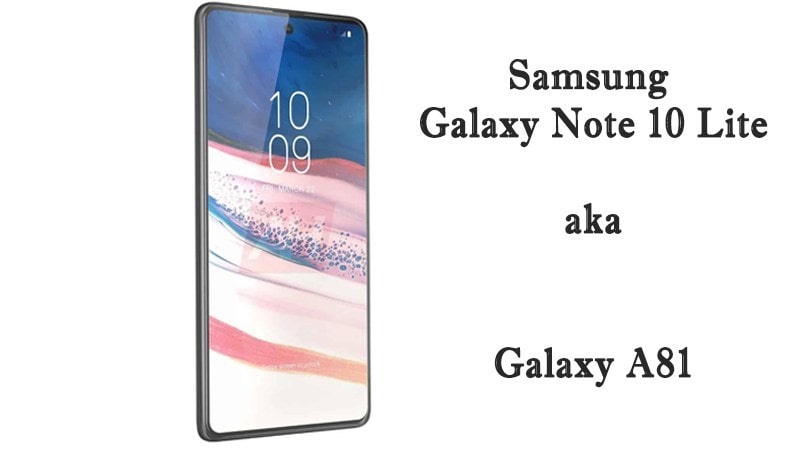 The Galaxy A81 will be the lite version of Galaxy Note 10. @OnLeaks has already revealed several images about its rendering. They reveal several key features. According to the images, there will be three cameras on the rear, including 64-MP main camera, 16-MP ultrawide and a telephoto camera, and a ToF camera. The device will sport a 6.5-inch – 6.7-inch display with a centered punch hole. It will support the Bluetooth enabled stylus. As a result, it has a higher chance of being included in the Note family. The device will feature a Snapdragon 700-series processor and a minimum of 8 GB RAM. It will be enough to run all the upcoming games and apps of 2020 flawlessly.

This is the end of our list of the upcoming Samsung phones. Which one are you planning to buy? Share your thoughts by hitting the comment button.