The 10 best smartphones of 2020 will give you an amazing hardware performance. You will be able to run all the games with a faster pace than ever before. Also, 2020’s best handset will feature an impeccable shooting ability, along with a solid battery performance. With the rumors about the potential features gradually being intensified, we feel that it’s the right time to compile the best smartphones in 2020. It covers 10 of the highly anticipated devices that have a strong chance of being the best device of the upcoming year. Take a look at them.

Galaxy S11 will be Samsung’s flagship phone of 2019. It will be available in three different models – standard S11, S11+ and S10e. All of them will be powered by the new Snapdragon 865 processor. There has been rumors about some design changes. The most notable one is the relocation of the camera cutout from far right to the center. The shooter itself will have a major upgrade. Recently, Samsung has unveiled a 64-MP camera sensor. It is very likely to be added to the Galaxy S11. Overall, Samsung Galaxy S11 will have everything to be the top handset of the next year. As a result, it takes the top spot on our 10 best smartphones 2020 list.

The iPhone XI is just three months away from seeing its release. However, the rumors about 2020’s iPhone XII have already begun to swirl around the web. It will be released in three different screen sizes, including the high-end 5.42-inch and 6.06-inch models and the low-end 6.67-inch model. All of them will have OLED panels. However, only the high-end models will support 5G. Also, 2020 could be the year when you finally see full-on rear facing camera in the Apple smartphones. The technology will create a three-dimensional reconstruction of the real-world. It will work up to 15 feet from the new iPhones. All these things push iPhone XII to the 2nd position on our 10 best smartphone 2020 list.

The third spot on our 10 best smartphones 2020 list goes to Galaxy Fold 2. It will have a 6.7-inch bendable display. There will also be a 1-inch display on the outside for showing notifications. Unlike the predecessor, it will fold along the horizontal axis to become an ultra-compact device. When unfolded, it will become a 6.7-inch handset. The size matches with all the premium smartphones on the market. Also, it wins in terms of portability. Moreover, it will be more durable than any other smartphone, as the screen is protected when the phone is closed. 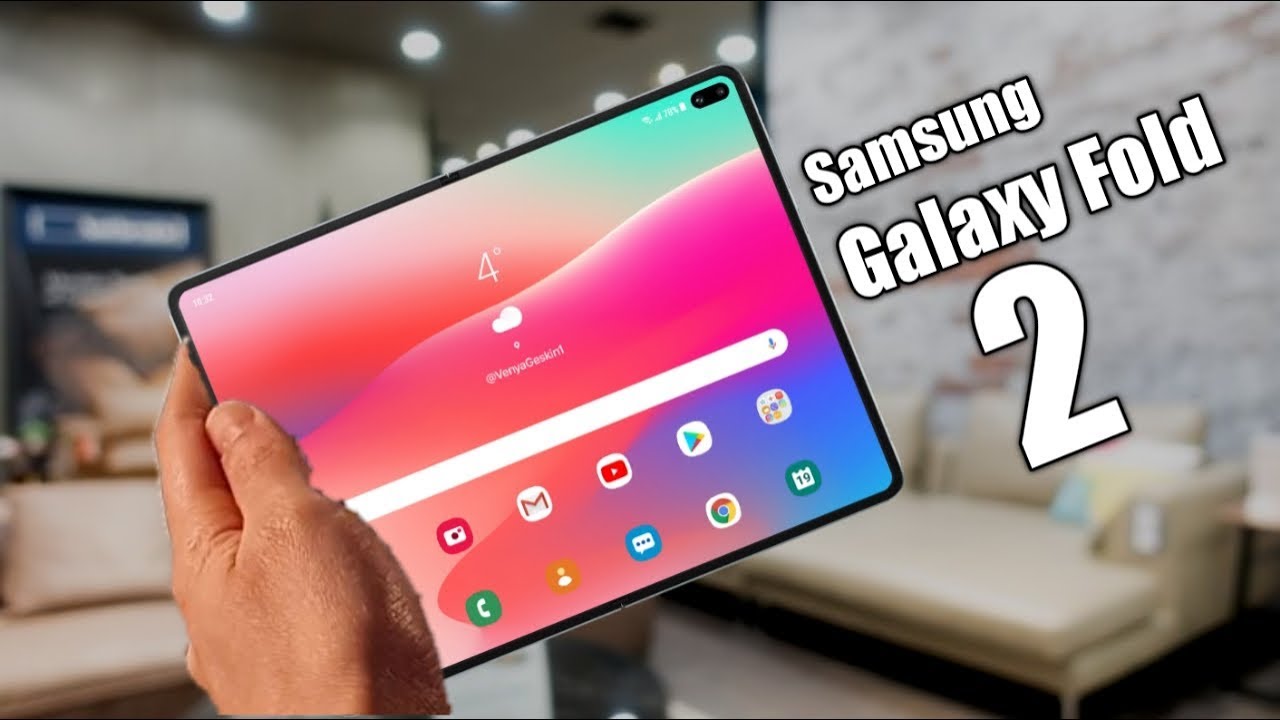 Following Samsung’s path, Apple is also planning to bring a new foldable smartphone on the market. It will be known as iPhone X Fold. Back in February, Apple had patented a technology for flexible display devices, discussing screen orientation, hinge design and structural integrity. Based on the filing, numerous designers have demonstrated the application of the technology. Foldable News’ Gilsing has revealed a concept, showing a foldable iPhone X with laptop-style keyboard integration. The design looks very real. There has been no words about the possible specs. But it’s surely going to be one of the 10 best smartphones of 2020. 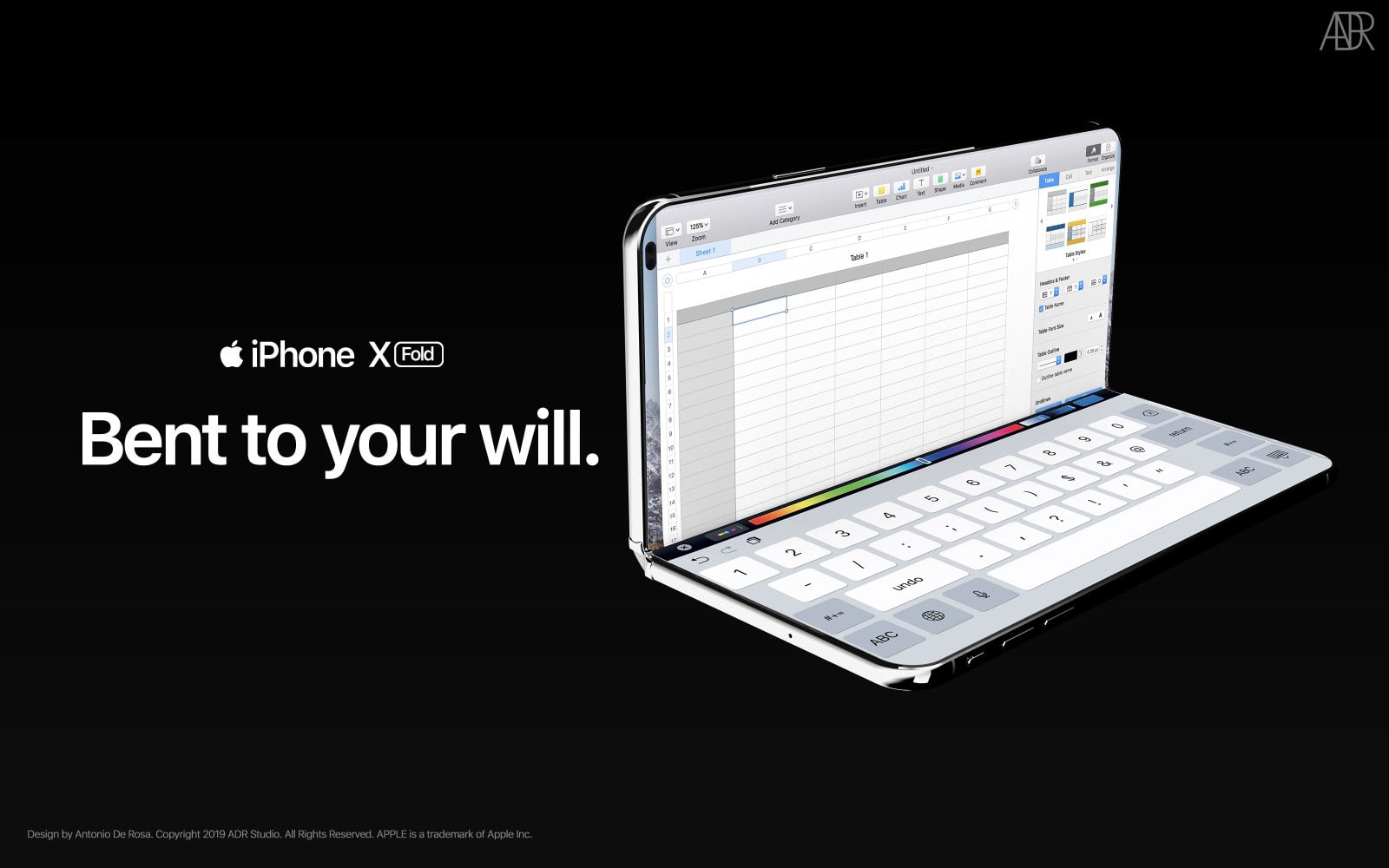 Galaxy Note 11 will be Samsung’s flagship phablet of 2020. There has been no report about the possible screen size. However, the hardware will be pretty much same as Galaxy S11. There is a strong chance for it to house the Snapdragon 865 processor. Also, it will sport the upgraded Adreno 650 GPU for delivering a smooth FPS while running the high-end games. There has been no talks about the battery. However, it is very likely to last more than two days with a moderate usage. 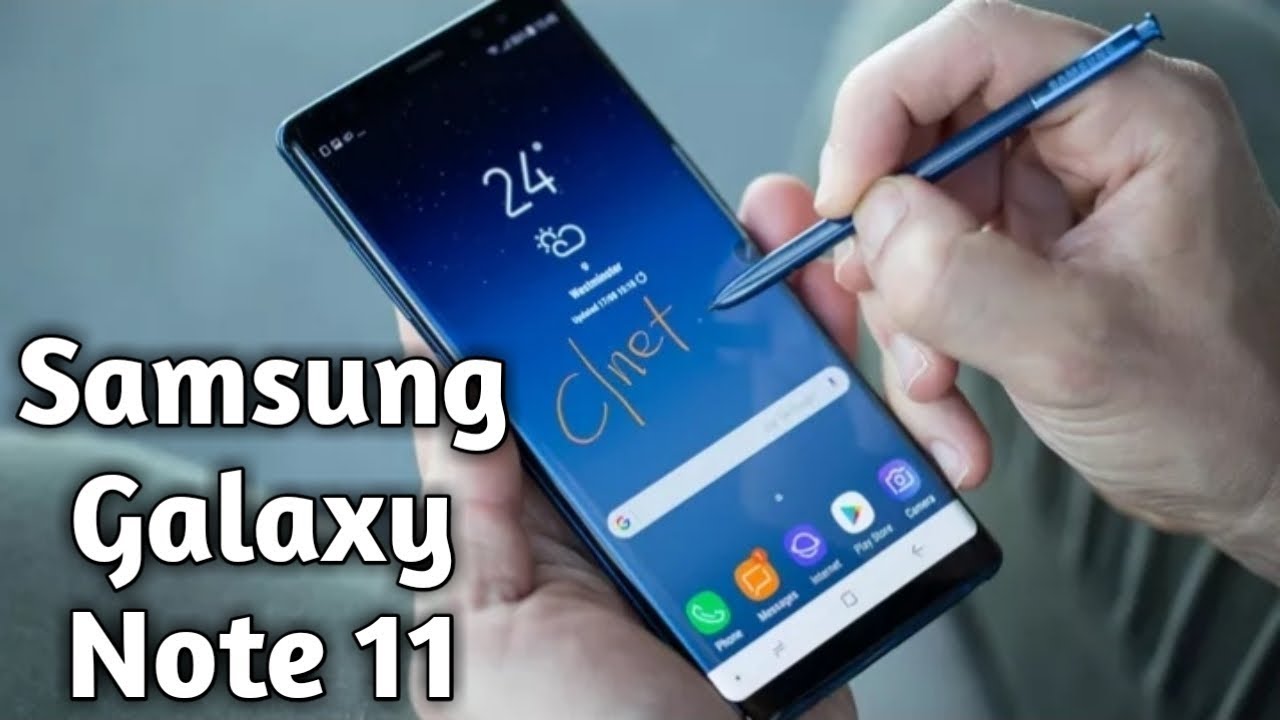 The 6th spot on our 10 best smartphones 2020 list goes to Google Pixel 5. Just like the other premium phones of 2020, it will sport the Snapdragon 865 processor. There has been no details about the other specs. However, it will very likely to feature more RAM and a larger screen. Also, there is a strong possibility for supporting dual SIM call forwarding feature. The rumor has been intensified by a recent commit spotted on the Android Open Source Project code repositories. It reveals that the 11th version of the Android operating system will allow dual SIM call forwarding at the system level.

The Mi 10 will be Xiaomi’s one of the best smartphones of 2020. It will have a 6.2-inch OLED display with a resolution of 2248 x 1080 pixels. It will be powered by the Snapdragon 865 processor with a built-in 5G modem. There will be a massive amount of RAM (12 GB). With the 5000 mAh battery, it will be able to run flawlessly. Also, the device will sport triple camera lens (20-MP + 20-MP + 5-MP). It will support various artificial intelligence functions to take your photography experience to a whole new level. 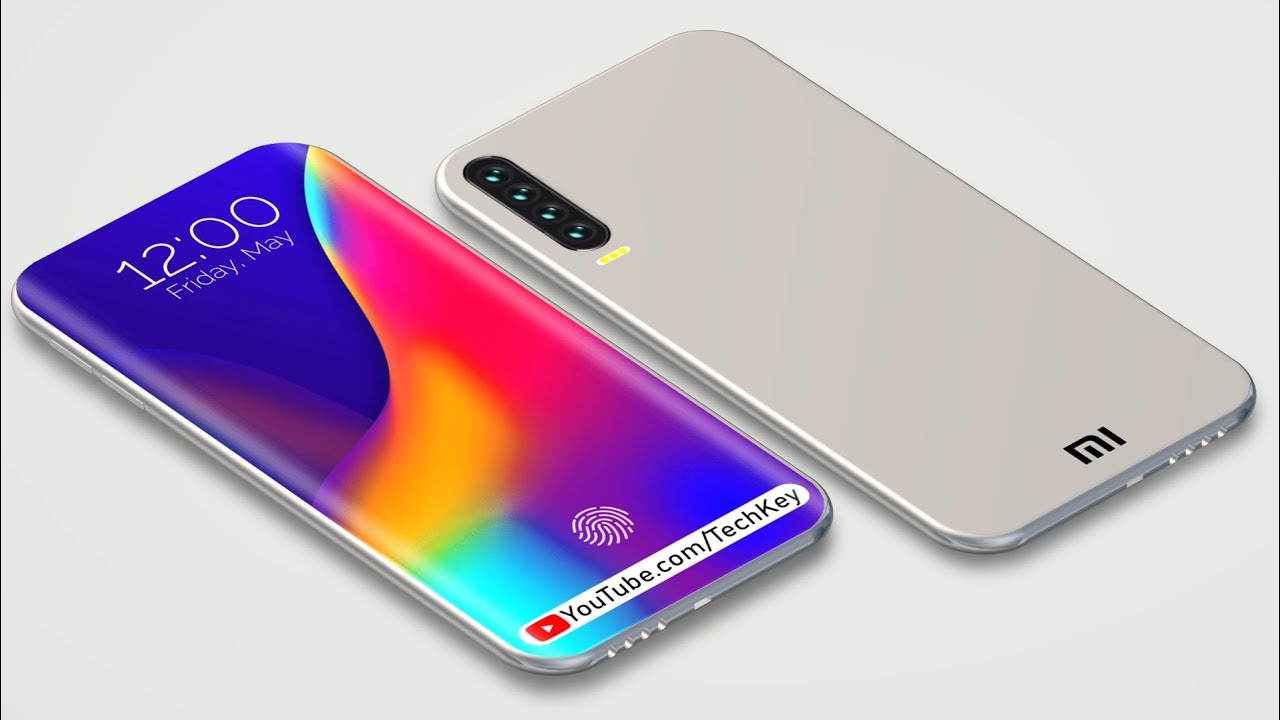 Remember Moto Razr V4? It was one of the most iconic and fashionable phones of all time. And 2020, it will make its return in a spectacular way. Following the current trend, the Razr V4 will have a notch in the front. There will be a module at the bottom for housing internal components. Also, the device is very likely to be foldable. When unfolded, Razr’s screen may measure 6.2-inch. It will support 2142 x 876 pixels resolution. On the outside, there will be an 800 x 600 pixels resolution display.  Under the hood, Razr V4 will house the Snapdragon 710 processor, 4 GB or 6 GB RAM and 64 GB or 128 GB of internal storage. So, it’s definitely going to be Motorola’s best smartphones of year 2020.

Microsoft is all set to join the league of foldable phones with the Andromeda. According to the concept video on a YouTube channel, called Concept Creator, the device will have a clamshell design. There will be no buttons. It can be unfolded into a complete tablet. Microsoft hasn’t confirmed the specification of the device yet. However, Andromeda can give the company’s chance of reigning the smartphone market a major boost. Due to the significance, it takes the 9th position of our 10 best smartphones 2020 list.

LG G9 ThinQ will feature several groundbreaking features. The most notable one is the inclusion of sixteen lenses, which is incredible. We have never seen anything like it before. However, back in December 2018, LG had filed a patent, covering 16 lenses with varying focal lengths and characteristics. If it really happens, you will get a highly enhanced depth detection. There has been also rumors about true-in display cameras. With a major emphasize on the shooting department, takes the 10th and final spot on our 10 best smartphones 2020 list. 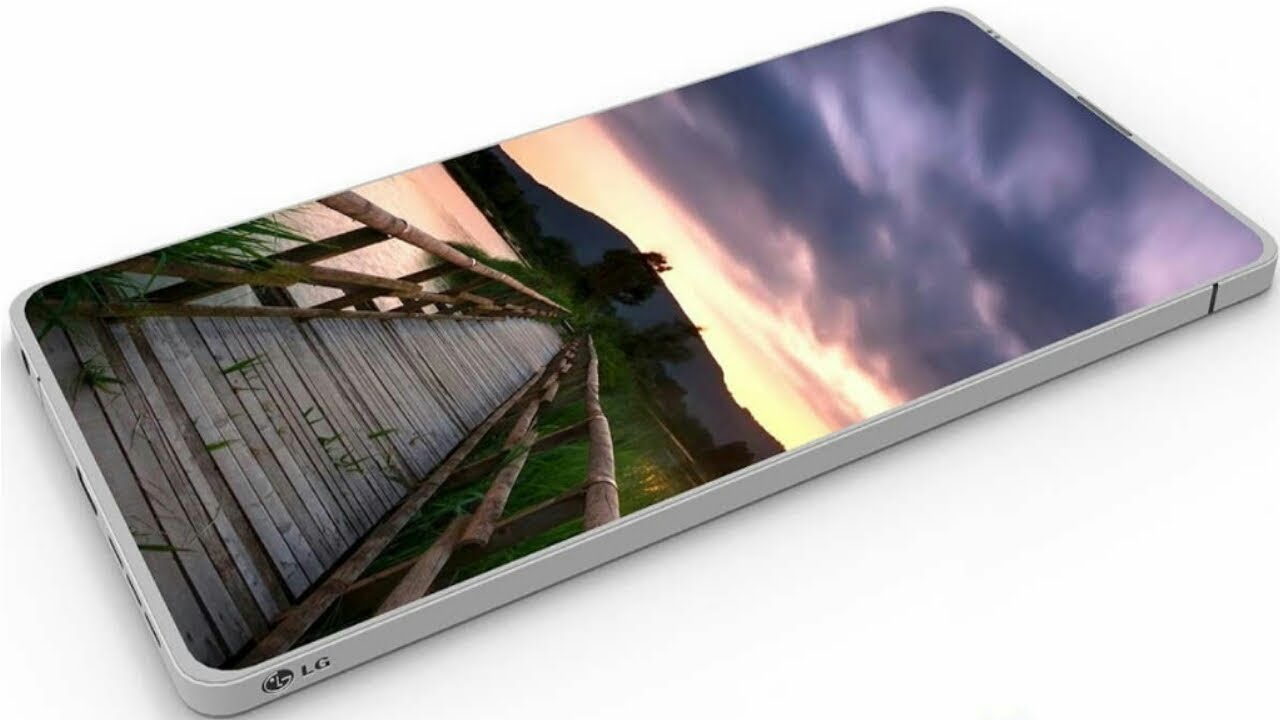 This is the end of our expected 10 best smartphones 2020 list. Which one of these devices excite you the most? Share your thoughts by hitting the comment button.