Creating the best smartphones list is a really difficult task. The market is full with tons of smartphones with a variety of budgets. Not all of them can justify their price tags. A lot of them delivers solid hardware performance, but struggles to produce outstanding shots. Some devices fail to impress with the battery performance. After analyzing the reviews, performance and user feedback extensively, we have managed to find a few handsets that excel in all the areas. In fact, they are worth of your hard earned money. Take a look at these awesome smartphones.

Samsung Galaxy S10+ comes with several improvements over its predecessor and it is the best smartphone to buy in 2019. It has a larger 6.7-inch display, offering more space for dealing with documents comfortably. The battery capacity has been increased to 4,100 mAh. As a result, the device manages to last 91 hours in GSMArena’s endurance rating test, which is outstanding. However, the most impressive feature is the triple rear camera setup (12-MP + 12-MP + 16-MP). They offer you more shooting modes, features and clarity than the predecessor. Under the hood, the device contains the latest Snapdragon 855 processor, Adreno 640 GPU and the massive 12 GB RAM, promising a superb gaming performance. All these things have made Samsung Galaxy S10+ the best overall smartphone on the market right now. 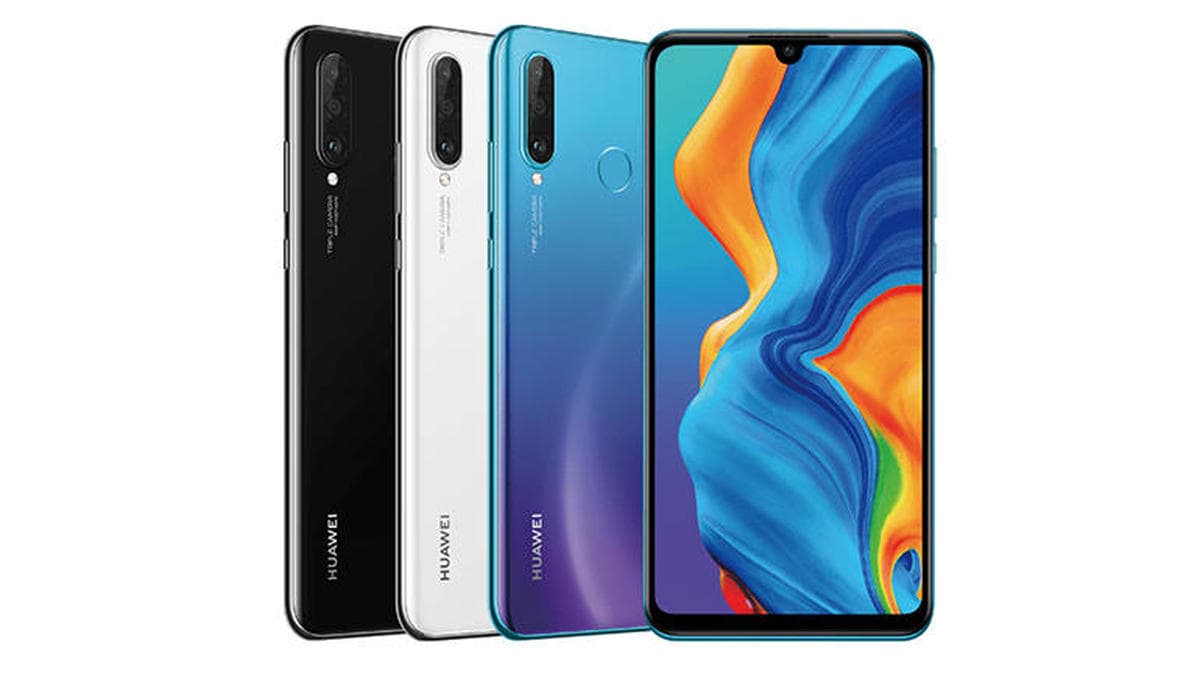 The P30 Pro is the best phone that Huawei has ever created. In fact, it is really close to being the no. 1 smartphone of this year. There are plenty of reasons for its strong position. With four lenses (40-MP + 20-MP + Periscope 8-MP + TOF 3D) on the rear, it is able to deliver stunning shots. The zoom capabilities and low-light performance are absolutely stunning. It’s one of the best camera phones of this year. The device has a 6.47-inch OLED display, offering bright, colorful and a razor sharp view. The 4200 mAh is extremely powerful. The endurance rating of 100 hours says it all. The only reason for which it doesn’t manage to get into the 1st position on our best overall smartphone list is the relatively less powerful hardware. Nonetheless, it’s enough powerful to run all the high-end games flawlessly. 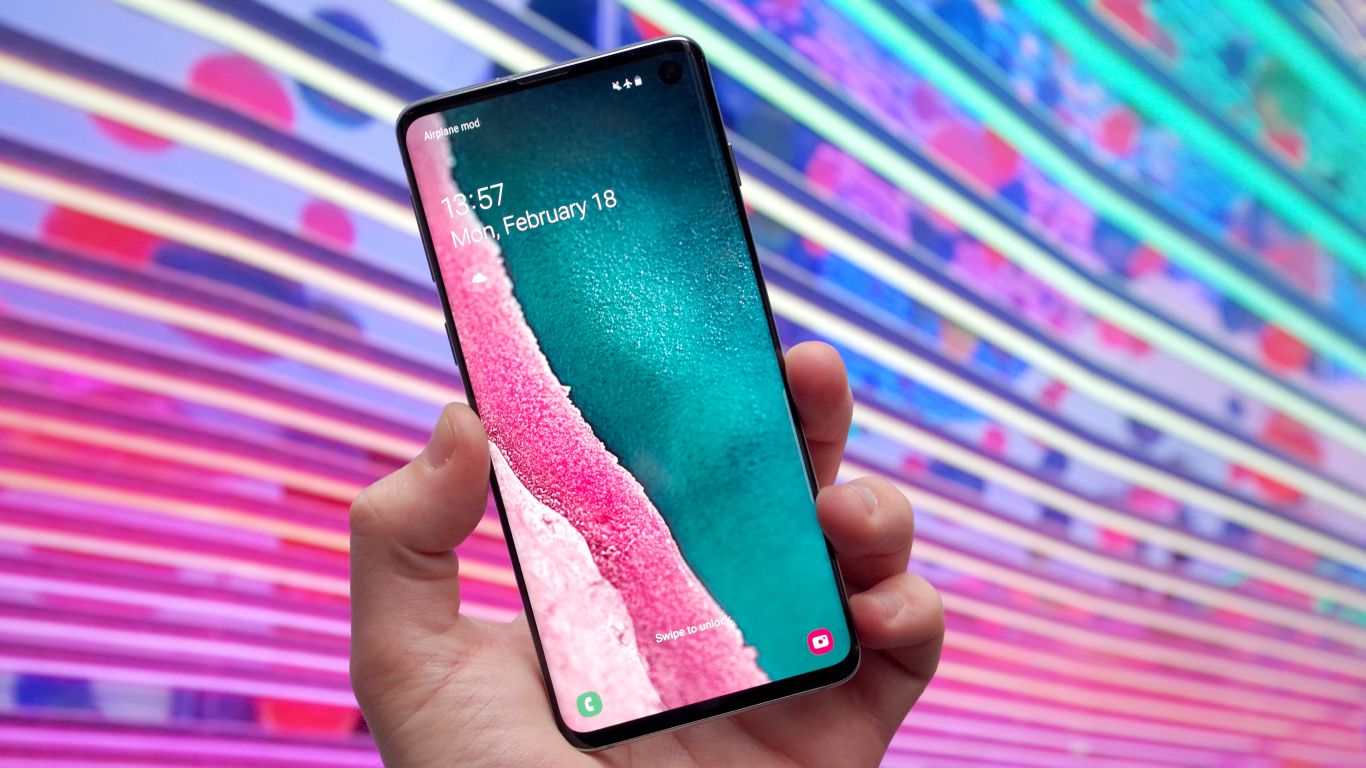 Samsung Galaxy S10 has the same camera setup as its larger counterpart. So, you will get the same stunning photography performance. Plus, Samsung Galaxy S10 features are something that you should not be missing on. The 6.1-inch display is relatively smaller. But in terms of quality, it is as good as the one in S10+. The 3400 mAh battery is also small. However, it can last more than a day pretty comfortably. If you prefer slightly smaller phones over the gigantic ones, Galaxy S10 is the device to get. 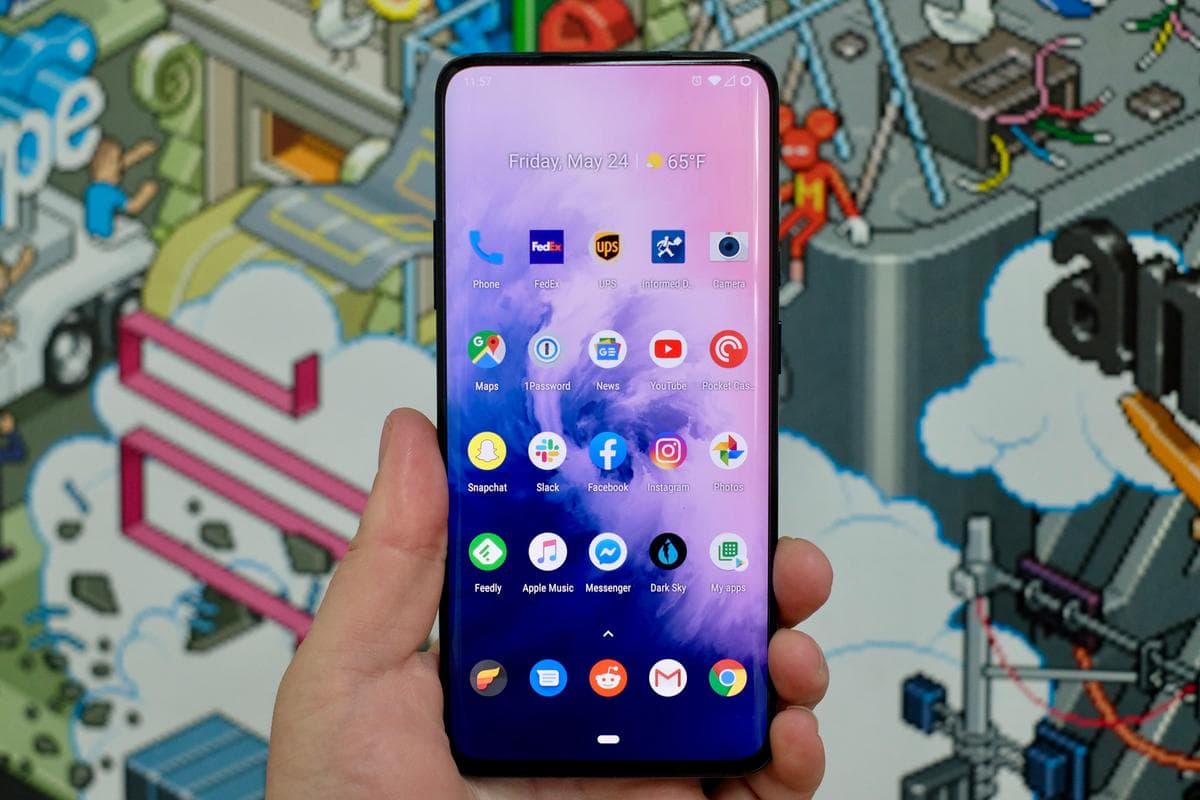 OnePlus 7 Pro can go toe to toe with any high-end phone on the market. It is powered by the Snapdragon 855 processor. Also, it has numerous gigs of RAM (12GB). In addition, there is a 6.7-inch Fluid AMOLED display with a refresh rate of 90 Hz, which is significantly higher than the 60 Hz rate of the typical phone displays. As a result, you will get a significantly smoother user experience. Inside, there’s a massive 4000 mAh battery, allowing the device to make a full day pretty comfortably. The triple rear camera setup is really impressive. The megapixel range of the lens is much higher (48-MP + 16-MP + 8-MP) than the competitors. 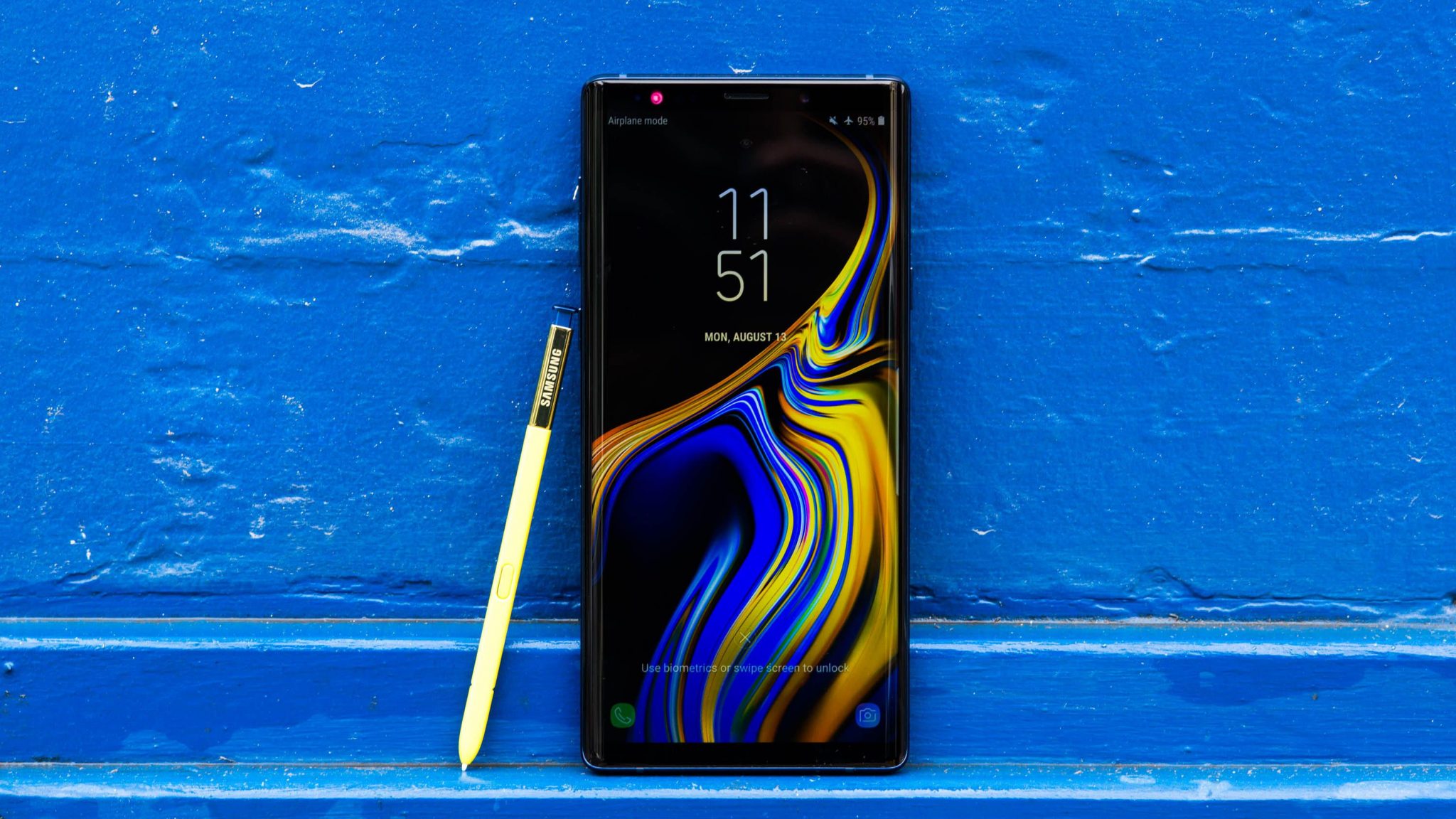 Samsung Galaxy Note 9 is one of the hottest high-end smartphones on the market. Its 6.4-inch display is one the sharpest phone screens that we have ever seen. You will be blown away while watching HD movies in it. The 12-MP dual camera setup shows a fabulous performance under the low light condition. You will not find any noise in the captured photos. The Snapdragon 845 processor is a bit old. But it possesses immense processing power to run everything with a great pace. The design is absolutely beautiful. Also, the S-Pen has been enhanced, allowing you to pull out new tricks. For example, you can use the stylus to launch the camera app and take shots. With the current price lowered to $569.24, Galaxy Note 9 has become one of the best overall smartphones on the market right now.

You might be a bit surprised to see iPhone XS in a relatively lower position in this list. However, don’t think that it’s weaker than all the smartphones on this list. Its A12 Bionic chip is the most powerful mobile processor on the market. Coupled with 4-core Apple GPU, it is able to meet the demand of the high-end gamers in a spectacular fashion. The 12-MP dual rear camera setup captures high-quality photos at both bright outdoors and low light conditions. The only reason for which iPhone XS is in a relatively lower position is the high price tag. The device costs you almost a thousand dollars. 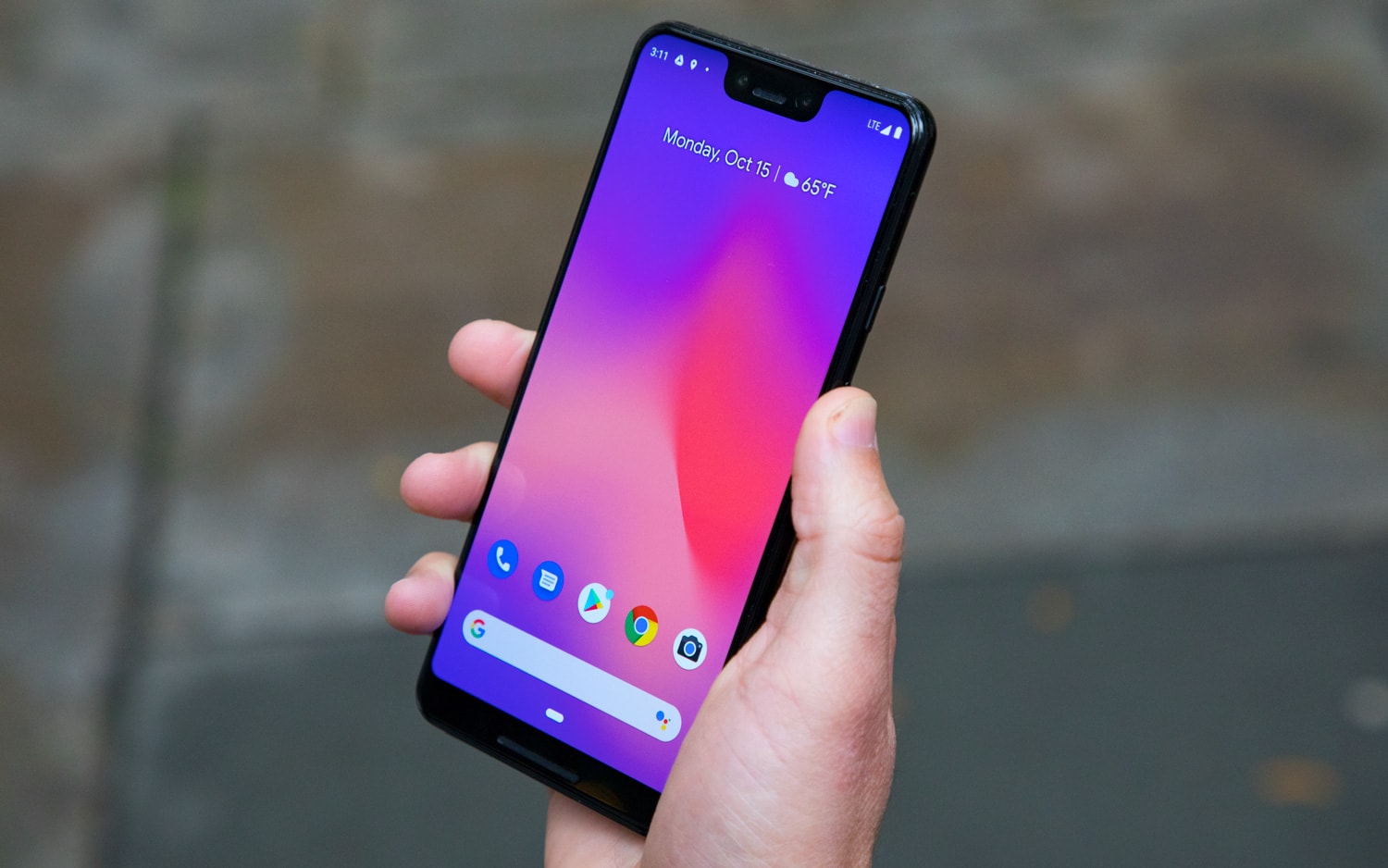 Last year’s Google Pixel 3 XL is still going pretty strong in 2019. Despite having a relatively old processor, it performs all the functions flawlessly. Thanks to Google’s brilliant effort in optimizing flawlessly, resulting in a silky smooth user experience. Unlike other phones, there is only a single 12.2-MP rear shooter. However, it manages to capture photos with vibrant colors and cooler white balance. There are a number of issues, including less attractive front and relatively less RAM capacity (4 GB). Nonetheless, in terms of smooth UI, great camera performance and clean software with highly advanced features, it’s one of the best smartphones of this year. 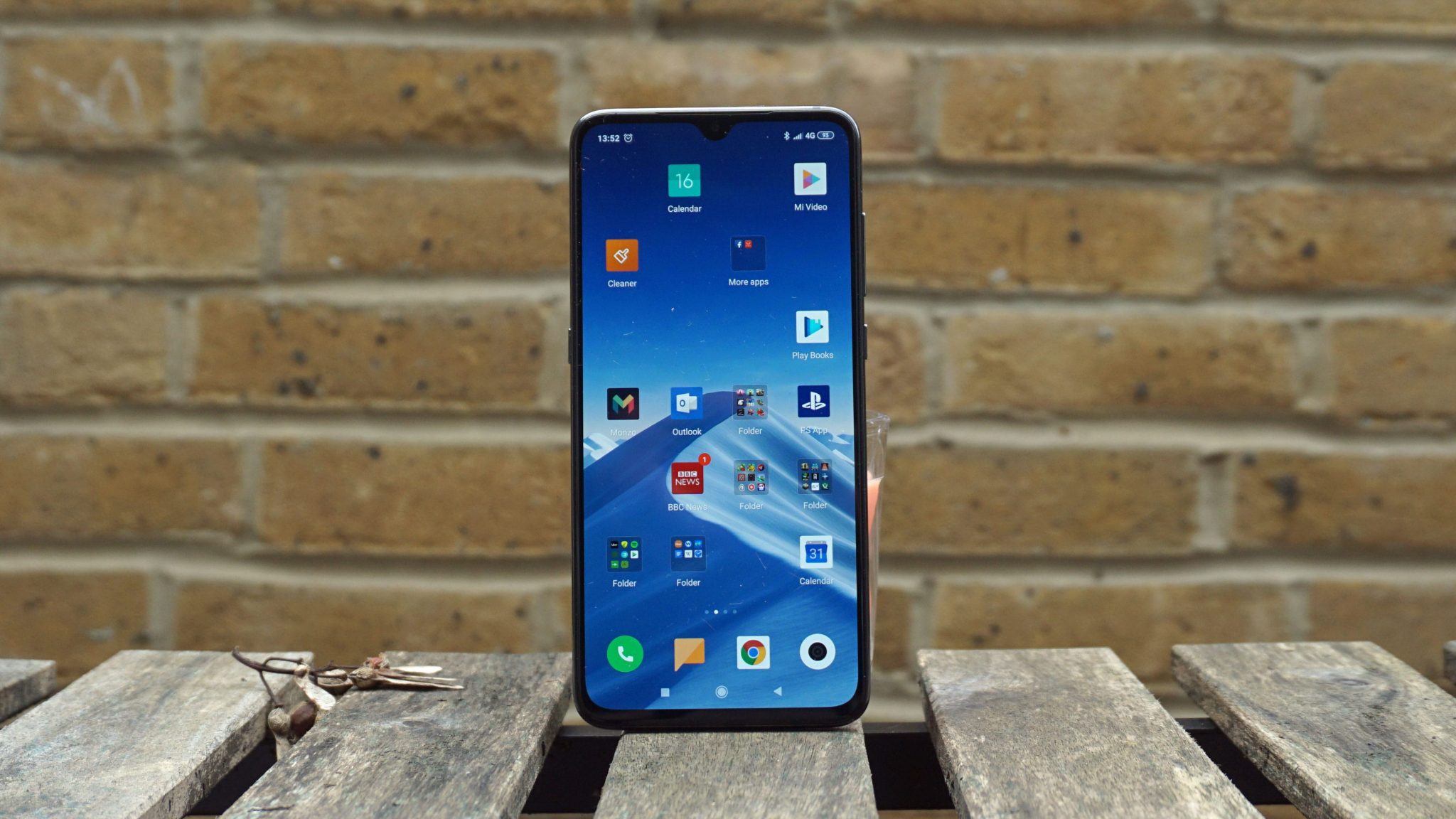 The Mi 9 is Xiaomi’s new flagship phone. There’s a lot of highs. The Snapdragon 855 processor shows a blazing pace. The triple rear camera comes with a high mega pixel range (48-MP + 12-MP + 16-MP), allowing you to take razor sharp photos. The 6.39-inch display is very colorful and vibrant. The design looks really cool. While the Mi 9 might not manage to outsmart Galaxy S10+, the relatively lower price tag has enabled it to compete strongly against any premium phones. In terms of the price tag and specs, it’s the real deal. 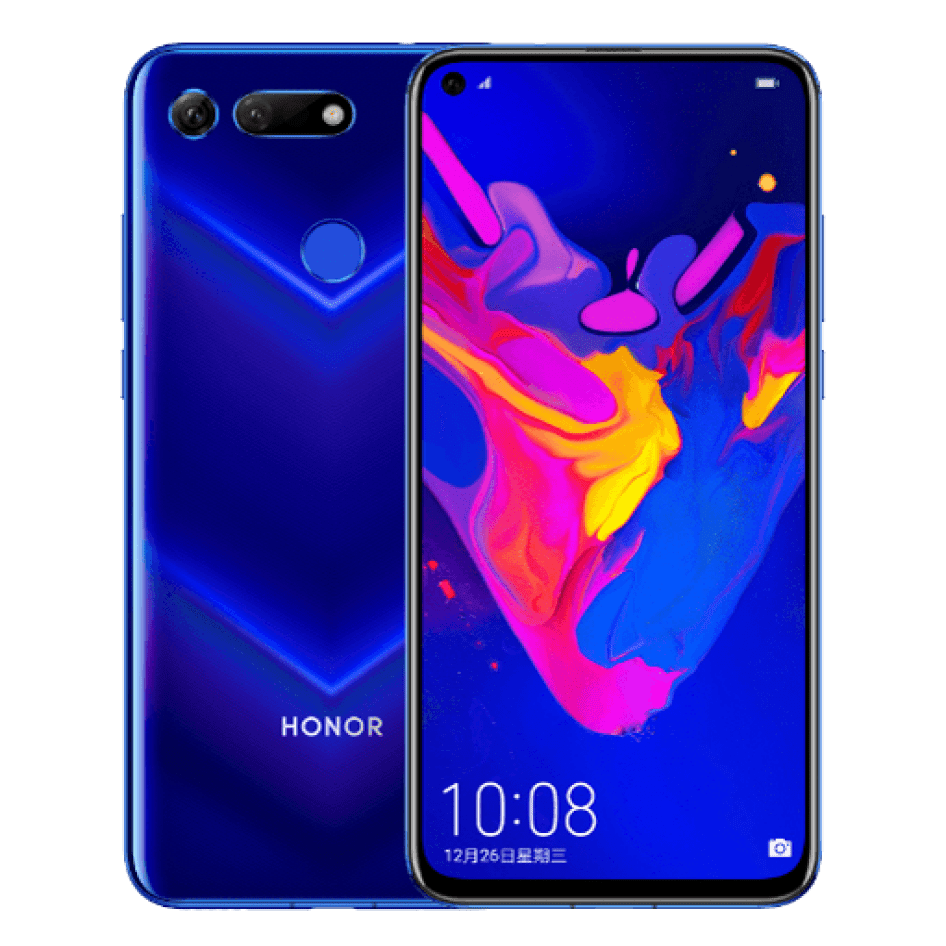 With the incredibly bold Aurorora nanotexture design, Huawei Honor V20 can catch your eyes at the very first sight. But more importantly, it delivers you the bang for your buck. At only $499.12, you get an awesome phone that is packed with flagship level hardware, like Kirin 980 processor, 8 GB RAM and a dual camera setup capable of taking 48-MP shots. There is GPU Turbo 2.0 technology, allowing the device to run all the games like a dream. Huawei Honor V20 lacks several premium features, like the wireless charging and in-display fingerprint scanner. But considering the relatively cheaper price tag and great specs, it is truly one of the best smartphones that you can find right now.

Read More: Check out the latest mobile technology trends of 2020 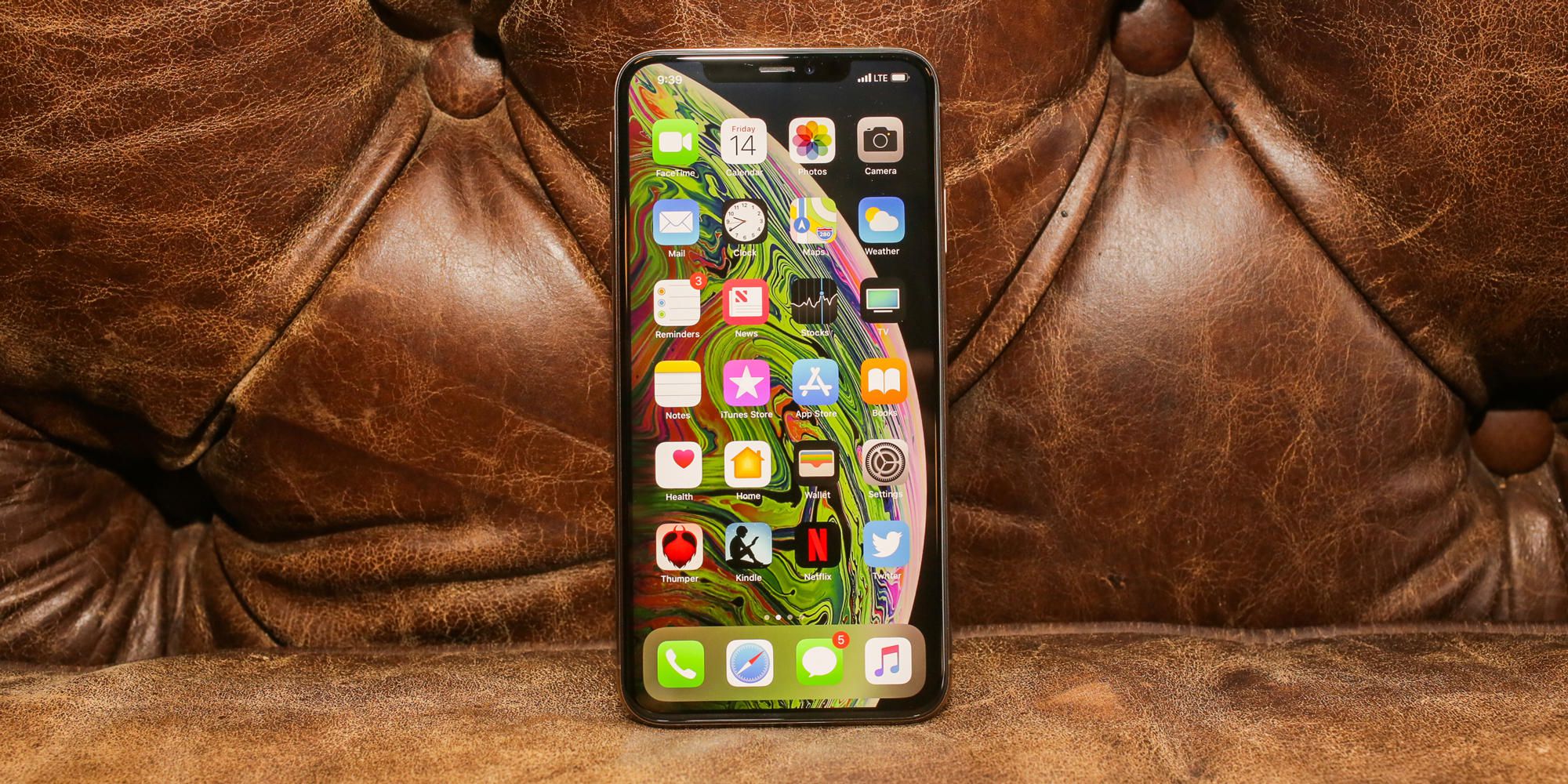 As the name suggests, iPhone XS Max is the larger counterpart of the iPhone XS. It has a larger 6.5-inch OLED display, which is fantastic for video streaming and gaming. It has the same 12-MP dual camera setup, along with the A12 Bionic processor, as its counterpart. So, except the size, everything is pretty much the same. However, to get the relatively larger device, you will have to spend a hefty amount of money. If you have a great budget and are looking for a large screened device, iPhone XS Max is the best choice for you.

This is the end of our best overall smartphone list. What do you think about it? Is your favorite phone missing? Share your thoughts by hitting the comment button.